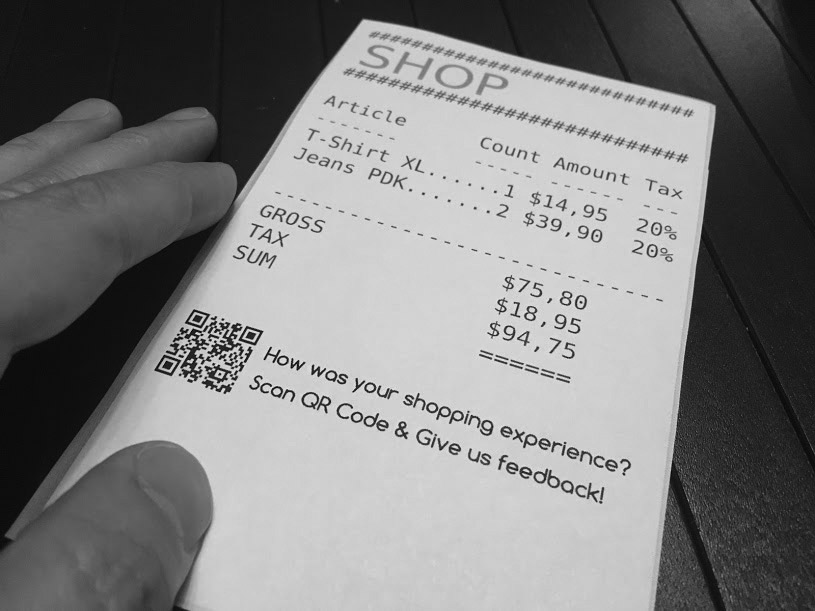 It was frequently encountered with QR code. The worldwide recognition of the square black and white code is the subject of discussion. There are those who say that they never use the QR code, as well as active users in many areas from withdrawals to discount coupons.

If we look at the last official figures, smartphone penetration in the world has exceeded 70% in developed countries. There is no official figure of what percentage of smartphone users use QR codes, but the total number of downloads of popular QR code reader apps in app markets is hundreds of millions.

The QR code is found by the Japanese company Denso Wave and is used for the first time in 1994. It is developed to easily track the serial numbers of automotive parts. With the introduction of the internet into our lives, internet addresses began to be added to the QR code.

This invention has an active use in all areas of life in Japan. The Japanese have been using this code for more than 20 years in many areas from market shopping to authentication.

In the online world, we can navigate by clicking or touching links. In the offline world, we have no chance to click or touch the links. It is very troublesome to enter the links on our phone with our hands. Thanks to the square code, it is possible to make a quick transition from the offline world to the online world using only the QR code reader application without having to manually enter the web addresses.

The area of use of the QR code, which has been a bridge between the offline and online world for more than 20 years, is growing day by day. It is now possible to withdraw money from ATM or log in to a website with a QR code. QR codes are sometimes used as a ticket, sometimes as a discount coupon.

Sometimes the most practical method to switch between devices also provides QR code.

The QR code attracted the most attention in its homeland, Japan and other far-east countries. In Japan and South Korea, the QR code stands out in all areas of life. In China, QR code craze has started recently. With the addition of an integrated QR code reader to WeChat, the country’s most popular messaging application, the rise of QR code in China has begun.

In Western countries, the use of QR code is not as common as in the Far East. Due to the high cost of the alternatives to replace the QR code and the difficulty of using it, there has been a recent shift towards QR code.

There were two obstacles to the proliferation of QR code in the world. The first was the low rate of smartphone usage. Smartphone penetration in developed countries has increased from 20% to 80% in recent years.

The other obstacle was that smartphones need to apply a third party reader to read the QR code. Cameras of some of the first Android phone models released were working as a square code reader, but this feature was not moved to the next models.

Apple has released the open beta for its mobile operating system iOS 11 in recent months. A remarkable feature in iOS 11 was that the camera now has the ability to read QR code without the need for an additional application. The answer from Apple’s Android to this move came with Android 9.0. The Android 9.0 operating system includes a square code reader integrated in the camera.

Apple, the leading brand in the smartphone market, seems to play a leading role in the proliferation of iOS 11 with QR code.

QR codes are ready for your customers

Wiseback also offers businesses a QR code channel so they can manage their customer experience. QR codes is generated automatically for each published questionnaire. By printing out the QR codes, you can start collecting feedback from your customers right away.

Your QR codes in vector format

If you wish, you can also print on label paper. Output from Page Properties to label paper